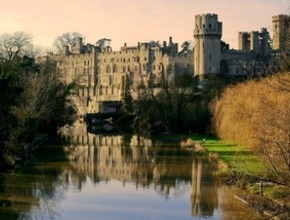 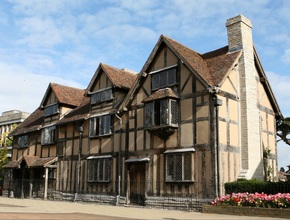 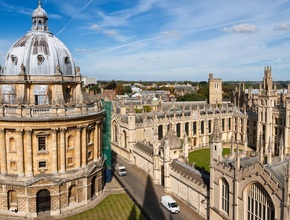 Stratford-Upon-Avon and fast track entry to Shakespeare’s Birthplace
The birthplace of William Shakespeare, the greatest writer in the English language and home to the theatres of the world-renowned Royal Shakespeare Company, Stratford is a charming market town set in the heart of rural England. A delightful river winds its way through the town, past the beautiful Holy Trinity Church, where Shakespeare lies buried. There are some wonderful half-wooden buildings that date back to Shakespeare's time, including Shakespeare’s Birthplace.

Private tour of Shakespeare’s schoolroom and Guildhall
Described as ‘one of the most atmospheric, magical and important buildings in the whole of Britain,’ Shakespeare’s Schoolroom and Guildhall opened it’s doors to the public for the first time in 2016 to mark the 400th anniversary of the writers death. Step back in time to the 1570’s when William Shakespeare was a pupil learning to read and write, and see the room where leading theatre companies came to perform – a strong influence on the young playwright. You will be invited to enjoy a private tour before the school opens to the public in the morning, exclusive to Premium Tours, including the chance to take part in a tudor lesson, write with a quill and ink, witness the rare medieval wall paintings and much more. Not to be missed.

Warwick Castle
Warwick Castle is, quite simply, the greatest medieval castle in Britain. With a history that dates back over 1,000 years, Warwick Castle will take you back in time - to a world of sumptuous banquets, bloody battles and royal splendor. Enter over the footbridge and explore the castles ramparts, towers and gardens. The castle really brings history to life. Visit the waxwork displays of Madame Tussauds, where you can watch, and hear, the Earl of Warwick's preparations for battle. Feeling brave? Then take a look at the ghostly dungeons where prisoners were tortured. Alternatively, relax with a stroll through the castles beautiful gardens. You can also ascend to the top of The Mound; the original motte and bailey structure built under the orders of William the Conqueror and walk the surrounding walls, towers and ramparts.  Visit the Peacock Gardens and Pageant Field!  (Entrance to the castle is included in the tour price.)

Oxford and the Cotswolds.
Oxford, the city of dreaming spires, boasts one of the world’s greatest - and oldest - universities, as well as some of the finest architecture in Europe. The colleges themselves, which make up the university, are amongst the architectural highlights, their ivy-clad stone walls protecting beautiful chapels, halls and libraries.

Soak up the atmosphere of this remarkable town with a guided walking tour of the city or take tea in the shop where the real-life Alice (inspiration for Alice in Wonderland) bought her sweets! Our trip to Oxford promises an unforgettable experience for young and old alike. On the way to the remarkable city we will also enjoy a short drive through the scenic Cotswolds.

Trusted by our customers

We are the highest rated London tour operator on third-party review sites.

We own
our coaches